During the last years around the world fashion industry has being experiencing a kind of return to the tradition wit ethnic designs and patterns in both terms of color as well as shape. In the context many traditional fabrics, clothes and accessories have found their way back to our closet. African and Far East clothes can not be left out. One can say that they have gained territory and are presented as the fashion icon of the present days.

One of these styles that we have previously mentioned comes to us from Swahili and it is called kikois. You may not be familiar with the terms but you have most probably seen them somewhere. This term suggests the color design of a fabric with strips of different colors but it also means the way this fabric is used. This type of cloth is consisted on just one piece of cloth of a square cutting that is worn as a long skirt around the waist.

Even though it was traditionally used by Swahili male sailors and warriors, Western Civilization has modified its use to both men and women.

Created for the hot tropical temperatures there is not a surprise that this outfit is much used during summer time around the world. For a period it was somehow forgotten for it was considered as something too simple to be high fashion but as patterns change so has the position of this cloth.

First of all the fabrics became more elaborate. Traditionally this piece of cloth is made of cotton (100% cotton) witch keeps the individual wearing it cool regardless how high it is the temperature outside. The new technologies have made possible during the previous decades the cloth to be made of different materials that had a lower cost in comparison to cotton but they were more colorful and playful.

The trend today is for the fabrics to be made of organic materials such as the traditional cotton and the colors to be extract of biological origin. In this way the high quality the cloth is combined with the environmentally conscious choice of not using chemical colors that are bad for the health of people and are bad for the environment around us.

As people turn more and more toward these kind of choices it is only natural for them to look for them in different cultures that are more in touch with nature that western civilization and not only residents.

Another reason is the economic crisis that has stricken during the last years every part of the world. That has created a need for clothes that are both limited in terms of cost and multi functional. The kikoy is exactly that kind of cloth for on the one hand it has its traditional use but on the other one can use it as a scarf, a dress, a head band etc while one can also use them in the house for decoration reasons.

Is It A Matter Of Distribution Or Taste?

Today’s society is both multicultural and highly globalize. In such an environment it is only normal that things that some decades ago seem light years away now are one click ago. It is not that these types of clothing can not be found if searched in a city but the internet age has brought everybody so close together.

On internet one can find a wide variety of such gowns as well as different qualities of fabric and different designs. You can enter every such provider’s boutique and find kikoy that most fit your personality. The easy way we have today access to so many products have encouraged the production of high quality product that are now more available to now as ever.

As technology progresses this kind of cloths become more known and there fore more available to more people. Individuals become more open minded and find them selves trying new things. As our mind broadens so are our choices and the more someone knows the more confident it feels to try something that it may not fit its previous patterns of aesthetics and design.

In conclusion one can say with certainty that simplicity, traditional fabrics and ethnic designs are back to fashion stronger and more creative than ever before. 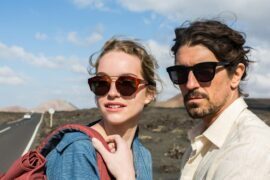